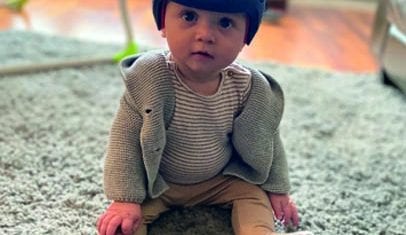 The position in which he was sleeping resulted in the head shape being abnormal and very wide at the back.

I had spoken with health professionals who gave me no advice, I had also spoken with friends and family and a friend directed me to Technology in Motion.

At this point I wasn’t aware a helmet would be needed and how it worked and even if it was okay for a baby to have. I researched and researched day and night and we eventually decided to book for a consultation once our son was 4 months old. 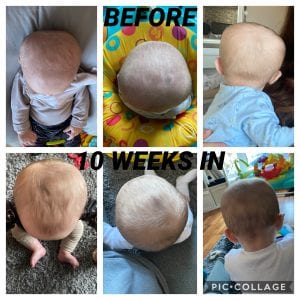 At our consultation we discovered Jesse was in the 1% severe category for Brachycephaly! We were so shocked but not surprised due to the shape of his head. We were given plenty of information and advice from the clinic and later that day after speaking with family decided to make the decision to go for the helmet!

2 weeks later we had our helmet fitted, we worried about Jesse sleeping however we had NO problems, we worried about now he would adapt however he came on leaps and bounds, and we hit so many milestones whilst he had the helmet fitted – Jesse rolled over, sat up unassisted, started weaning, got his first teeth and soooo much more!

We were told initially 12 weeks for the helmet fit and were lucky for the helmet to be on throughout the winter seasons. We got to 12 weeks with our treatment and had potentially another 2 weeks left and decided to stop the helmet journey as we were so pleased with the results on the chart and in the flesh!

We would like to thank Emma for all her help! In clinic and outside of the clinic.

As first time parents during a pandemic this was a very scary situation at first for us however Technology in Motion made everything smooth sailing and we couldn’t be happier with the results! 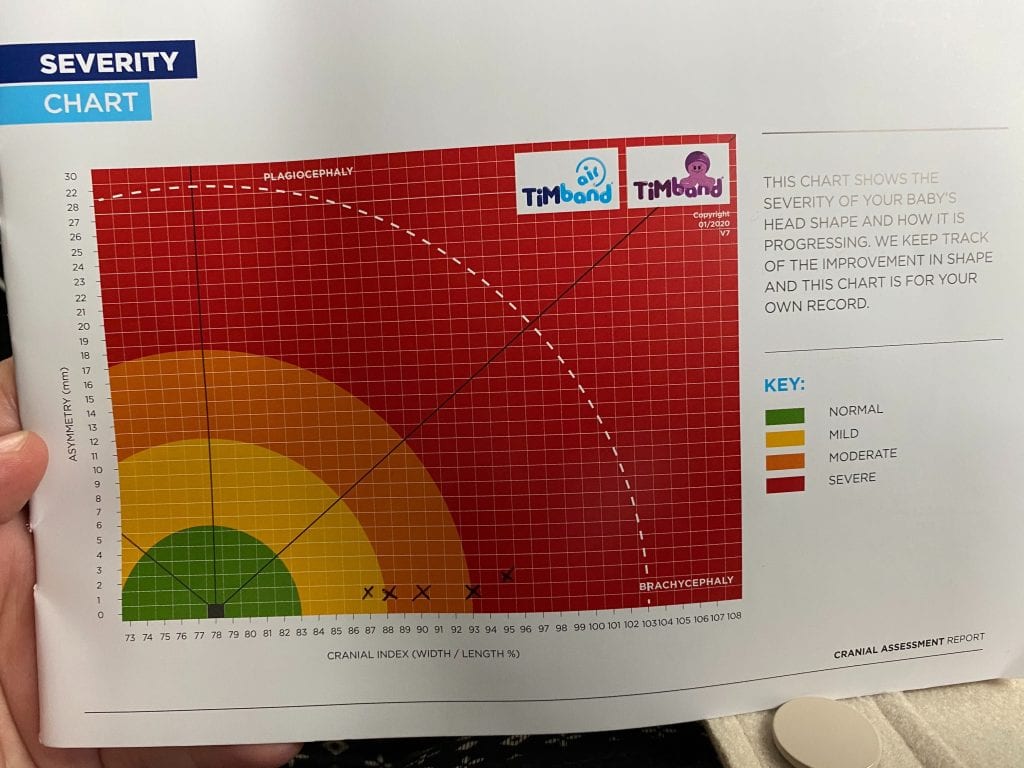