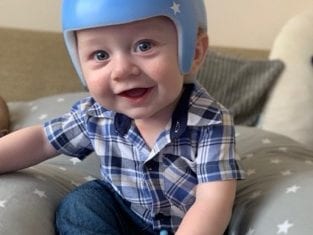 Benjamin’s parents first noticed his head was flat on one side when he was born. Benjamin is a twin and because of limited space in the womb, he formed a flattening on one side of his head during the pregnancy.

After he was born, Benjamin also favoured laying on one side which meant the flattening worsened over time. Benjamin’s Mother, Karen spoke to the health visitors about her concerns and mentioned helmet treatment as a possible solution however she was informed as the severity of Benjamin’s head was mild, it would round out eventually on its own.

Karen explains that “over the next few weeks my gut instinct told me it wasn’t  getting better and I was concerned. That’s when I searched the internet to look into helmet treatment and came across Technology in Motion.” She called us and booked a free consultation just two weeks later at the Sevenoaks clinic. When their family arrived for Benjamin’s consultation, they were made to feel at ease straight away by Jane our clinical specialist. 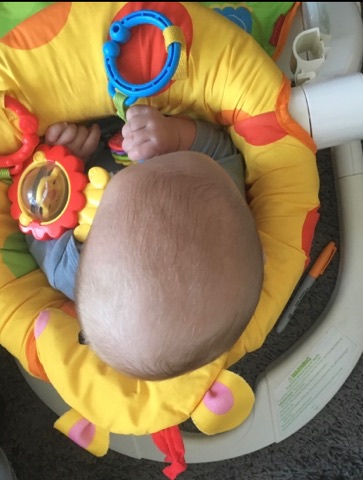 Whilst getting his head measured and digital images taken, Benjamin happily played with toys through the process and didn’t seem phased at all by what was going on around him. Jane informed the family that Benjamin was in the severe category for plagiocephaly with a high asymmetry.

Karen said she had felt a strong premonition to this prior to the appointment as she noticed his ears were misaligned. “I felt instant relief when I left the clinic because I felt someone had finally listened to my concerns over Benjamin’s head and something was being done to help him. I felt in control rather than feeling helpless like I did before.”

Following their consultation, Benjamin was booked in for an appointment two weeks’ later for his helmet fitting. Both parents were understandably very nervous leading up to the appointment and were anxious to see how Benjamin would adjust to his new TiMband.

“Having twins, I thought will this make it harder for me, Benjamin being in a helmet? And if he didn’t adjust to it how difficult things would become for me, but I couldn’t have been more wrong as he took to it straight away. The helmet soon became part of our daily routine and it became normal for both of us. I soon got used to seeing him in it and he didn’t mind it at all, he still was the same smiley baby he was before”. 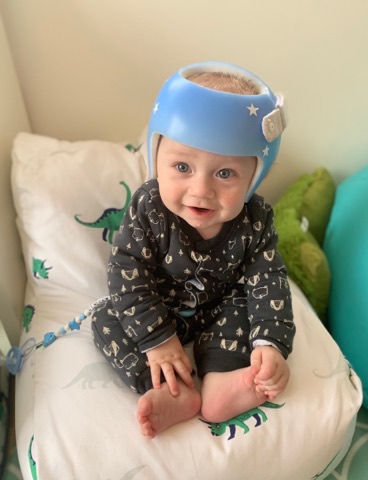 Karen was also worried about other people’s reaction to seeing Benjamin in his TiMband however they only ever received positive comments and the family became proud to show off Benjamin’s new headwear.

“I always looked forward to our appointments with Jane because I was always excited to see the improvements, after just two short weeks the results we were seeing were just amazing. I knew then it was the right decision.” The only issue that Benjamin and his parents experienced throughout their journey was that Benjamin’s TiMband occasionally rubbed the side of his cheek, but it was easily fixed with the application of sudocrem and adjustments were made at every appointment during treatment if the helmet became a little tight.

Benjamin was 8.5 months when he finished treatment and wore his TiMband for a total of 14 weeks. Originally, the treatment length was due to last 16 weeks but he finished 2 weeks earlier as a result of great progress. Benjamin started in the severe category and finished just on the edge of what is considered a normal head shape. 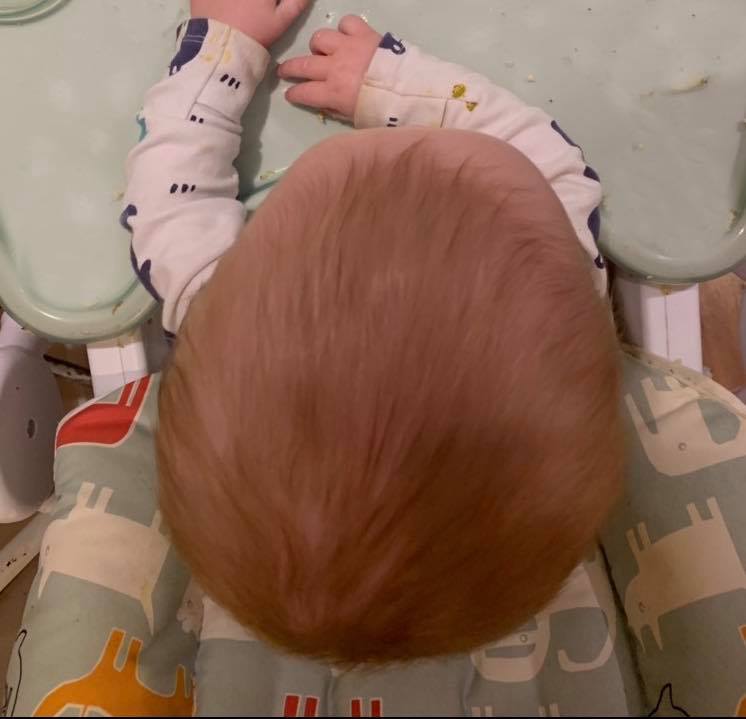 “We are so happy with Benjamin’s head shape and it was the best decision we both made as his parents. I’m so grateful for finding Technology in Motion and all their help during the process. I love looking at his head shape now and everyone comments how amazing it looks, you would never have known he had a problem in the beginning.”

If you are concerned that your child may be showing signs of flat head syndrome, please call us on 0330 100 1800 to book a free consultation at your nearest clinic.