Why Can’t You Get a Plagiocephaly Helmet on the NHS?

Why Can’t You Get a Plagiocephaly Helmet on the NHS?

Why is it that, in spite of mounting pressure from parents, private clinics, and the press, the NHS is still refusing to change its stance on providing plagiocephaly helmets on the NHS? This guide covers everything you need to know about the matter.

For positional plagiocephaly the NHS website advises that a baby’s skull ‘should correct itself naturally over time’ if simple measures to take pressure off the flattened area are carried out, encouraging parents to reposition their baby. Essentially when it comes to plagiocephaly and brachycephaly, NHS guidelines point to repositioning as the blanket solution.

It certainly is true that, if parents try active repositioning from the very first moment that a deformity is noticed, plagiocephaly is likely to correct. However, this isn’t the case for all babies.

Take the study published in the British Medical Journal (2010), for example, whereby researchers followed up on babies aged 3-4 years who had been previously diagnosed with deformational plagiocephaly and whose parents had been fully counselled on repositioning.

The researchers found that 61% of head shape measurements had reverted to within the normal range, while most of the remainder had shown ‘good improvement’. However, 13% demonstrated ‘poor improvement’, of whom 4% remained with ‘severe’ plagiocephaly. Accordingly, 13% of parents remained ‘somewhat’ or ‘very’ concerned at follow-up. 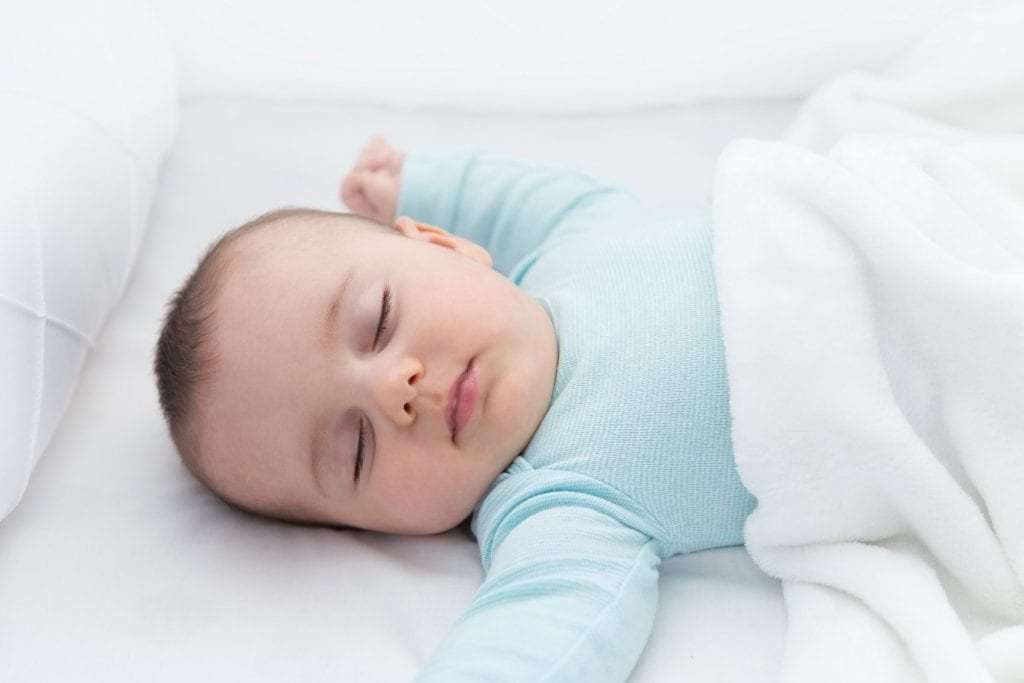 Why Can’t Parents Get a Plagiocephaly Helmet on the NHS?

The most common reason given by the health system for their refusal to fund treatment is that positional plagiocephaly is ‘just’ or ‘only’ cosmetic. However, it is important to note that young children are especially vulnerable to psychosocial trauma as a result of bullying and social exclusion, as explained in our guide on The Long Term Effects of Plagiocephaly.

The NHS states that “as your child becomes more mobile and their hair grows, the appearance of their head should improve. It’s very rare for a child to experience problems such as teasing when they reach school age“.

As a result, many parents have been calling for the NHS to review their priorities, as looking at hair growth as a ‘cover-up’ solution to plagiocephaly is dismissive to the long-term effects of living with plagiocephaly and how it can affect a child later in life. Not all children, and indeed when grown into adults, have enough hair to cover up a misshapen head, so relying on this as a solution is poor.

Stockton-on-Tees mother, Melanie Grayson, decided to take her 5 month-old son, Charlie, to a private plagiocephaly clinic, “rather than take the risk that his head ‘may get better and look OK with hair'”, she told Gazette Live at the time.

Two years ago, an article about baby Coby, the son of one of our clients, was published in the Daily Mail. Included in the article was a list of ‘downsides’ to plagiocephaly helmets according to the NHS. This sparked national debate and we gave our response in a blog post, a summary of which is provided below.

Will Parents Ever Have Access to Plagiocephaly Helmets on the NHS?

The advice on the NHS website has been updated regarding plagiocephaly helmets, perhaps in response to pressure for it to change its stance. They now acknowledge that helmets can be an effective treatment for plagiocephaly, however, the tone is still disparaging as they claim that there isn’t clear evidence to suggest they work.

However, we see on a daily basis how effective plagiocephaly helmets are as a treatment. In 2015, the largest study of its kind was published, which researched the effectiveness of helmet therapy for positional cranial deformation. The study of which was overwhelming, with complete correction being successfully achieved in 94.4% of patients treated with helmet treatment as first-line therapy. Additionally, 96.1% of infants who received helmets after failed repositioning techniques also achieved complete correction. Take a look at our research page for more research into plagiocephaly and helmet therapy.

As we have seen, there is an overwhelming body of evidence indicating that helmets are an effective treatment for plagiocephaly. However, it looks as though we still have a way to go until parents have access to plagiocephaly helmets on the NHS.

To return to the original question of why you can’t get a plagiocephaly helmet on the NHS, the answer might not be so straightforward. While the NHS acknowledges plagiocephaly and brachycephaly, in spite of frequent attention from the press, mounting pressure from the public, and even scientific evidence, the NHS still refuses to fund plagiocephaly treatment.

Here at Technology in Motion, we offer a free, no-obligation evaluation to assess the severity of the deformity. Should treatment be recommended, we provide sound, research-backed advice in every individual assessment.

Call 0330 100 1800 to arrange an appointment or browse our website for more information on our clinics and the services that we provide.