Is There a Relationship Between Plagiocephaly and Ear Infections?

What is Otitis Media?

The term ‘otitis media’ can be directly translated from Latin as inflammation of the middle ear. The infection is very common in childhood but can also occur later in life. It’s caused by a blockage in the Eustachian (auditory) tube, which affects drainage of the middle ear, leading to earache and sometimes fever.

To the best of our knowledge, only one empirical study has been conducted specifically to investigate the link between plagiocephaly and ear infections.

In 2009, Adam Purzycki and his colleagues at Wake Forest University Medical Center (Winston-Salem, NC) looked at the incidence of otitis media in children with plagiocephaly. They referred to the endemic rate of otitis media amongst children with a cleft palate, which is also associated with structural abnormalities in the middle ear. Purzycki and his team proposed that since positional plagiocephaly can also result in abnormal positioning of the ears, this too might increase the risk of ear infections.

They issued the parents of affected children with a retrospective questionnaire, which asked them to report the number of ear infections that their children had suffered. Around 50.4% reported at least one ear infection by the age of one. This is not drastically different from the rate of the condition in the normal population (as reported by the Center for Disease Control), which would suggest that plagiocephaly in infants doesn’t increase their susceptibility to otitis media.

However, Purzycki also points out that the incidence of otitis media correlates directly with the severity of deformational plagiocephaly. While this trend is also statistically insignificant, tests of the middle ear that were run alongside the questionnaire showed that a disproportionate number of infants with plagiocephaly also had Eustachian tube dysfunction.

Purzycki’s research indicates that there is a relationship between plagiocephaly and ear infections. However, this relationship requires further investigation if its nature is to be fully understood. 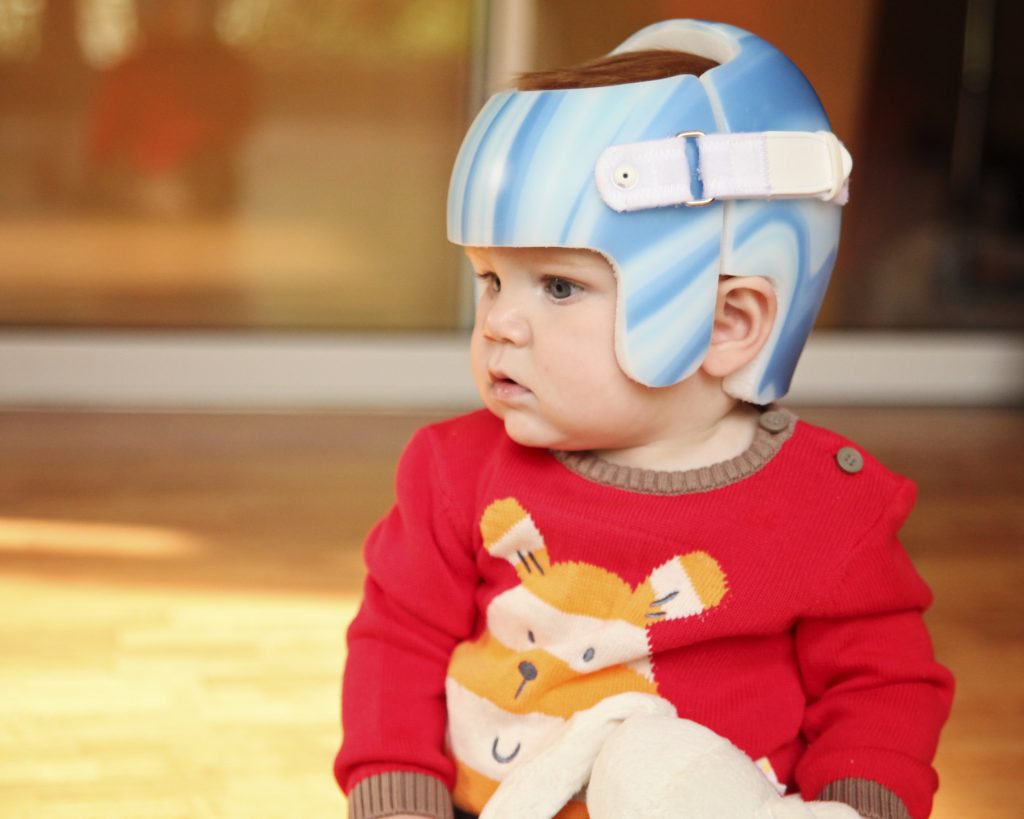 For the time being, if your child has plagiocephaly and otitis media you should keep an eye on the symptoms, which often clear up by themselves without the need for medical help. If they haven’t improved after 24 hours, your child is in a lot of pain or there is fluid coming out of the ear, you should contact your GP.

If your child has moderate to severe plagiocephaly, you could also look into helmet treatment. This will help correct the asymmetry of the head, realigning the ears and potentially reducing the risk of infection. To find out more, please browse our website or call us on 0330 100 1800.

Incidence of Otitis Media in Children with Deformational Plagiocephaly