Flat Head Syndrome and the Nature vs. Nurture Debate – Is Flat Head Genetic?

Flat head syndrome is usually attributed to external pressures on the skull. Consistently resting the head in the same position while sleeping, sitting and playing can eventually cause a flat spot to emerge in babies. Flattening can also begin to occur before or during birth, often as a result of breech position or crowding in the womb, or when forceps are used during an assisted birth. But, is flat head syndrome genetic to some degree, or is it caused exclusively by these external pressures on the skull?

Are some infants genetically predisposed to flat head syndrome? 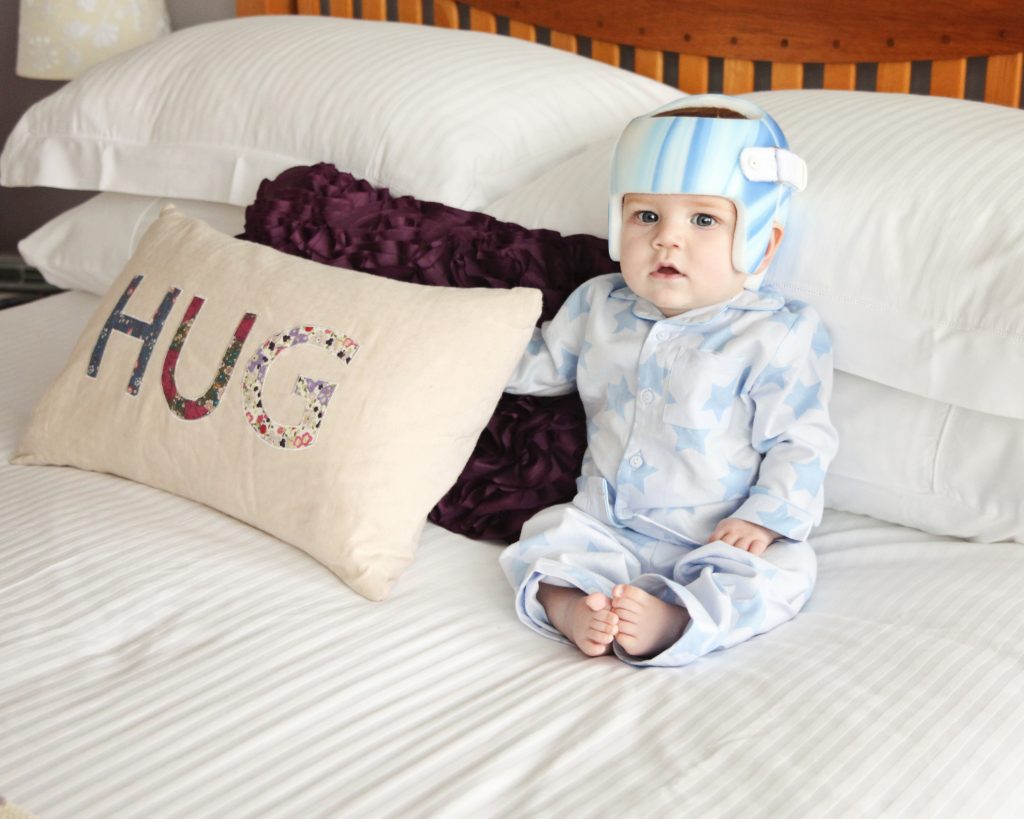 We often see a second baby with a misshapen head from the same parents, whose past experiences have already taught them everything they need to know about repositioning and tummy time. Yet many of these babies still go on to develop a severe flattening that cannot be corrected without a helmet. This begs the question of whether flat head syndrome is to some extent genetic.

We are not the first to speculate that flat head syndrome appears to run in families. Timothy Littlefield and his team at US-based clinic Cranial Technologies also observed a high incidence of the condition amongst multiple-birth infants. A retrospective review of their database, published in Pediatrics (March, 2009), confirmed their suspicions.

However, the four main risk factors they derived from their research included in utero constraint, supine sleeping position, torticollis, and prematurity – each of which could have an environmental basis, such as parenting practices and uterine distention, as opposed to genetics.

In order to get a better understanding of the nature-nurture distinction, they conducted a comparative study later in 2009 between identical (monozygotic) twins and fraternal (dizygotic) twins. The former share all their genes while the latter only share about half, so if plagiocephaly were genetic, you might expect to see a relationship between incidence and zygosity.

No significant link was observed, suggesting that there is no underlying genetic component to plagiocephaly. However, the researchers recognised that certain aspects of plagiocephaly, such as neonatal postural preferences, may be themselves influenced genetically.

A study conducted in America by the ACPOC agrees with this conclusion, finding that many infants, by the age of 8 months, had greater head widths than their parents. The researchers accredited these results to the environment, in particular, the switch to the supine position.

One thing is for certain: environment is paramount. Sleep position was identified as the biggest factor contributing to plagiocephaly and, by extension, flat head syndrome. Lying supine (on the back – ‘Back to Sleep, Tummy to Play’) has saved the lives of many hundreds of infants and we always recommend that parents continue to place their babies on the back to sleep. However, subtle repositioning techniques can often minimise any lumps and bumps in the early stages.

Position in the womb is also important. In the second study conducted by Littlefield et al., 15 percent of babies with plagiocephaly had been born in breech position, whereas this figure is more like 3.5 percent in the general population. If flat head syndrome is genetic, it seems as though there is not any one genetic factor at play, but several.

These findings are promising. If environmental factors play such an important role in the development of flat head syndrome, presumably the condition should be easy enough to avoid in most cases, and to correct in other, more severe cases. This seems to be true: repositioning and tummy time are usually successful measures of preventing or reducing the early symptoms of flat head syndrome, and where such measures fail, cranial helmets tend to succeed.

More research is clearly needed in order to find out whether or not flat head syndrome is, at least in part, a result of genetic factors. For the time being, as a parent you should remain mindful of the huge impact that environment can have, and contact your nearest clinic if you think your baby’s flat head syndrome cannot be treated by repositioning and tummy time alone.

Technology in Motion has been providing baby flat head treatment for over 10 years and can help you decide whether or not it might be of benefit to your child. Call 0330 100 1800 and they will arrange an appointment for you at one of their 14 UK clinics.