5 Normal Signs That Plagiocephaly Helmet May Not Be Needed

5 Signs a Plagiocephaly Helmet May Not be Needed

Trying to decide whether to give your baby plagiocephaly treatment with or without a helmet is by no means an easy task. Conflicting attitudes and opinions from GPs, HVs, the press, private clinics and other parents can often serve to heighten the anxiety – no matter how honourable the intentions behind their advice might be.

It’s like an emotional seesaw. Do you follow the mainstream view as championed by the NHS, and choose plagiocephaly treatment without a helmet in the knowledge that the deformity may not fully correct? Or do you place your trust in the private clinics that provide helmet treatment for those cases in which the condition doesn’t correct itself?

To investigate how parents are addressing this dilemma, we decided to explore some of the different reasons that are being given for and against choosing plagiocephaly treatment with a helmet. A considerable amount of time spent talking to parents and combing through social media pages, forums and comment threads has revealed to us just how diverse these reasons can be.

Many parents feel that they have damaged their babies in some way. The resulting guilt can colour their actions and make them hesitant to display their ‘failings’ by putting a ‘horrible helmet’ on their babies. To confound matters further, it is not uncommon for friends, family and grandparents to pick up, reflect and reinforce a parent’s own worries without being objective.

This is all understandable, but parents should know that by placing their babies on the back to sleep, they have followed good advice that has saved the lives of thousands of infants. They have not caused any harm and if there is a flattening, this can easily be corrected in much the same way that crooked teeth can be straightened, with early intervention giving a lifelong, permanent correction.

We have shared the various reasons behind parents’ decisions here in the hope that they will help guide you in your own choice. If nothing else, they should serve as a reminder that you’re not alone in all this.

Plagiocephaly Treatment with a Helmet 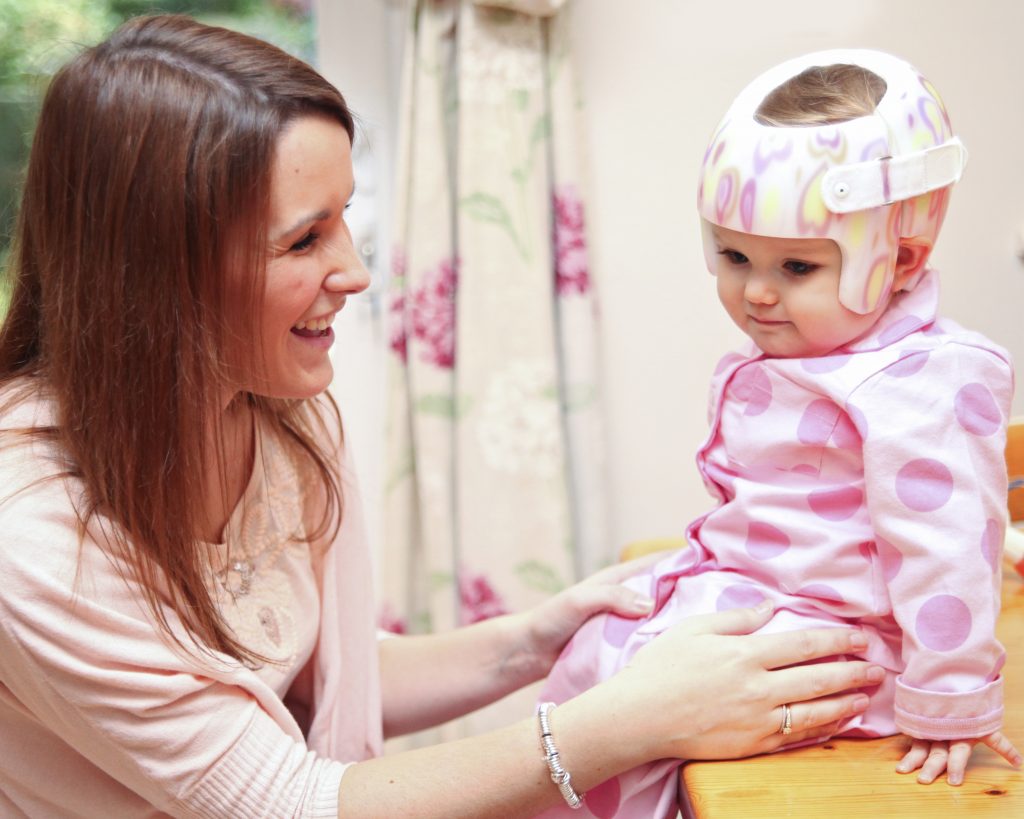 Many parents choose to go down the helmet route following an unsuccessful course of repositioning. In moderate and severe cases of plagiocephaly, there is a limit to how much can be achieved through repositioning alone and many head shapes are so severe that they will never catch up naturally. Such cases often begin with complications before and during birth, and the severity is such that the deformity cannot be fully corrected without further intervention.

There were also certain circumstances that prevented parents from being able to effectively implement repositioning. One little boy had a rare genetic condition that meant he had to spend a lot of time in intensive care, so repositioning was not an option for him. Others had reflux problems or an untreated torticollis (tightening of one neck muscle), making repositioning unworkable. Worryingly, there were also many cases in which parents were not advised to reposition in the first place.

Here are some of the main reasons parents gave for choosing to treat plagiocephaly with a helmet:

A number of parents had family members with experience of plagiocephaly, which influenced their decisions when it came to their own children. One mum had a cousin with a nine-year-old son, whose deformity remained very noticeable in spite of the doctor’s earlier advice, so she decided to treat her own son. Another parent decided to go ahead with treatment after seeing the difference it had made to the child of another family member.

Plagiocephaly Treatment Without a Helmet

In 77% of cases, milder plagiocephaly can be corrected sufficiently without the need for a helmet, through what is known as repositioning. Provided the deformity is mild and repositioning is started early on, the head can usually be returned to within the ‘normal’ range before the bones in the skull begin to harden and the infant starts to move around more independently.

For this reason, many parents choose not to treat plagiocephaly with a helmet, but to reposition until the head returns to an acceptable shape. However, there are also cases in which parents do not seek helmet therapy even when the deformity is moderate or severe. This can be for any number of reasons:

We hope this post has clarified some of the points that you may wish to consider when trying to decide whether to opt for plagiocehaly treatment without a helmet or whether to choose helmet therapy for your child. If you’re still uncertain, there’s a substantial amount of literature online that may help guide you in your decision, including research papers, parenting websites, blogs and much more.

If you would prefer to speak to a specialist, Technology in Motion can help. We offer free evaluations to assess the severity of your baby’s head shape deformity, and unlike many other clinics, we won’t recommend treatment unless it’s actually needed. Even if treatment is recommended, we won’t pressure you into anything as we firmly believe that the final decision should be left to your well-founded intuition as a parent.

To arrange an appointment at your nearest clinic, or for more information on plagiocephaly treatment with a helmet, call us today on 0330 100 1800